Archive for the 'Dubious Advice' Category

Running injuries may vex the addicted runner, but returning to action can also pose problems. Marathon schedules must be updated. Running contacts must be reestablished. Shoe inventory alone could take hours.

But the proverbial pickle in this sandwich is the post-traumatic training regimen. One emerges from the forced hibernation of a running injury, knocking on wood and throwing salt in all directions, decidedly paranoid about every bodily signal. Injury purgatory is bad enough. No one wants to descend to the inferno of reinjury.

Like me, you may have heard that it’s wise to increase mileage slowly, by no more than ten percent a week. This sounds reasonable. Certainly, if it’s written in Runner’s World, it must be true.

But it all depends on your starting mileage, doesn’t it?

Let’s start with a nice, round number like ten miles per week. With this base, you can expect a nice, steady progression in your training:

The odd mileage and slow initial progress would be annoying, but just four tolerable months into training, you’d be running over forty miles per week. That’s more than adequate mileage for the typical marathoner. Add a couple more weeks and you’ll plateau at fifty miles: red meat territory.

Naturally, things can get out of hand. For instance, you should never get to the point where you can actually add ten full miles to your weekly tally. In order to “safely” do this, you would already have to be running one hundred miles per week (ten percent of one hundred is ten). That’s a boatload of presumed miles.

I’ve heard of people who run this much, I’ve just never met them. It’s said they live in remote Mexican canyons, wear homemade rubber sandals and hang out with a chap called Caballo Blanco. You may or may not fit this description.

What if you haven’t run a step in months? What if you’re starting from nothing? My eight year old son tells me that ten percent of zero is zero. He says we should avoid the practice of multiplying by zero altogether. I believe him since I haven’t studied math since Reagan was President. We can’t start with zero.

Let’s be reasonable and begin with two laps around the average high school track; about a half mile. At this meager distance, you’ll need a precision Swiss timepiece and help from a non-corrupt I.O.C. course official to run precisely 0.05 miles further in your second week.

It doesn’t get any easier. Goodness knows how you’ll run 1.43 miles in week eleven and follow it up with exactly 1.57 miles in week twelve. This would elevate Obsessive Compulsive Disorder to an art form.

Will you risk injury in week twenty-six by running 5.97 instead of 5.96 miles? If the extra 0.01 miles causes a DEFCON 1 calf injury, can you sue running publications?

Certainly, I wouldn’t follow this regimen if you lack patience. Starting with a half mile, you’d need two entire months to build up your endurance sufficiently to run just one full mile per week (or to be precise, 0.97 miles). After four complete months of training, you’ll be running an astounding two miles per week. Prefontaine, give us patience.

Adding infinitesimal miles to a training run may be maddening. But remember, we’re talking about cumulative weekly miles. If you’d like the pleasure of running, say, three times a week, you’ll have to follow a rather meticulous regimen:

Dustin Hoffman’s Rainmain would tell you that, by your forth week of ten percent progression, you wouldn’t be close to matching the slowest sluggard’s daily output. But cheer up! You’ll reach weekly maximum coach potato distance within eight months. Definitely 32.5 weeks to Wapner.

We’re no longer talking about training schedules, we’re talking about the aging process. If you begin with a half-mile jog, you’d be nearly a year older before breaking the forty mile barrier. That’s one whole circuit around the sun, measuring hundredths of a mile on every training run. The real risk here isn’t reinjury, it’s early-onset dementia.

Increasing mileage in painstakingly slight increments is, practically speaking, impossible. It has nothing to do with ability, let alone doping. It’s about the numbers. Even if you’re in the Goldilocks Zone (not starting with too few or too many base miles) the early weeks of training offer astoundingly laughable increases in mileage.

You simply have never met a runner who has followed the ten percent rule. Not one.

I don’t deny the basic wisdom here. We shouldn’t add miles too rapidly. We’re asking for further injury if we do. But reality has an annoying way of foisting itself upon theory. If you’re on the comeback trail (as I am) you will break the sacred ten percent rule, guaranteed.

If it makes you feel better, call it a loose metaphorical guideline. It helps me. 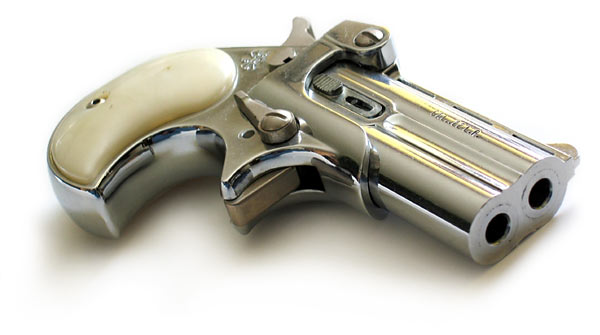 One week after Steamtown, I was back on the wagon, running an ill-advised 17 mile jaunt through the trails of Harbison Forest with some buddies. The typically lively banter (most of which I cannot and will not repeat) was interrupted by a question from a bloke soon to embark on his first marathon.

Before I could muster a pithy response, another runner (a tanned rugby coach) answered with blunt hyperbole, “[after mile twenty] if I had a gun, I’d shoot myself.”

But you know what? For a hypothetical nanosecond he made perfect sense. I’d never actually contemplate self euthanasia, but the unrelenting misery of miles 21-26 can be overwhelming. You must fight the almost irresistible urge to stop… to end it.

While crude, gunpowder projectiles seem as good a metaphor as any.

Last Christmas, Andrea gave me an iPod. I love running with it. I’ll tweak play lists as the occasion warrants; for trails, tempo, track, or LSD (Long, Slow Distance in runner’s parlance). Music certainly motivates. But I got to thinking, are there types of songs I’d never listen to while running?

Of course there are.

Nothing against these fine artists and songs. You just shouldn’t listen to them while running:

ANOTHER BRICK IN THE WALL (pt. 2) / Pink Floyd
References to “The Wall” should be shunned, of course.

I’M A LONG WAY FROM HOME / Shooter Jennings
I dare you not to cry.

THE THING THAT SHOULD NOT BE / Metallica
Apocalyptic visions of the leviathan or your latest 20-miler. You make the call.

DREAMING WHILE YOU SLEEP / Genesis
It’s best to avoid Phil Collins/Genesis songs as a rule, but anything about vehicular homicide is an unwise choice, no matter how tortured the driver.

HERE COMES THE RAIN AGAIN / The Eurythmics
Eshew, unless of course you enjoy running in the rain in November, or listening to the sad, introspective Annie Lennox.

I FALL APART / Juliana Gianni
Sure it’s hip, but in that purposefully depressing, Independent film sort of way.

NOT TODAY / Jump Little Children
The sweet sounds of procrastination.

HALF A WORLD AWAY / R.E.M.
Michael Stipe at his depressing best… er… worst.

I CAN’T CATCH YOU / Six Pence None The Richer
The anthem of my last 10k.

SINCE I GAVE UP HOPE, I FEEL A LOT BETTER / Steve Taylor
The anthem of my first marathon.

HAS IT COME TO THIS? / The Streets
The cadence alone should put you off pace.

RUNNING TO STAND STILL / U2
Question your life on your own time.

Of course, if you really want to run to this stuff, just go ahead and download all the songs via my iTunes iMix