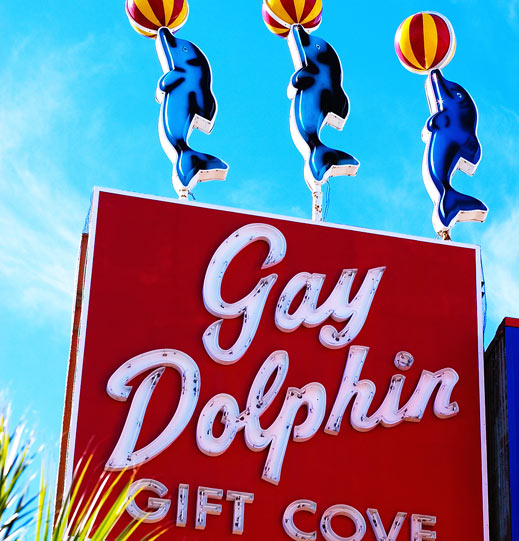 Beyond this epithet, I can offer little about Myrtle. Certainly, no flowery prose comes to mind. The way I see it, if your race boasts an extraordinarily long title replete with sponsor references, and if the ratio of tasteless beachwear outlets to miles exceeds 5:1, you deserve ridicule.

But the formalities of the race report genre must be observed. If youâ€™ve come this far, youâ€™re either genuinely interested in the Myrtle Beach Marathon, or wasting far too much time at work. Any way you slice it, youâ€™ll need an informed opinion.

Since this is the eleventh running of the Myrtle Beach Marathon, Iâ€™ll document the eleven triumphs of the race. In the name of equanimity and fair play, and at extreme risk of looking a gift horse in the mouth, Iâ€™ll also present Myrtleâ€™s eleven worst offenses.

11 (TRIUMPH)
Broadway at the Beach Start (6:30am)
This may be a stretch, but it was easy to park for this race, and youâ€™ll get bonus parenting points for letting the kiddies spend your money at this Downtown Disney Doppelganger. Many disliked the 6:30am start. Not me. Starting a marathon in the dark feels surreal, and you can take advantage of the cooler temperatures. I loved it.

10 (TRIUMPH)
Charity
Many races give to charity. Myrtle is no exception, having collected over Â½ million dollars since 1998. I tried to keep this in mind when assembling the â€œoffensesâ€ list.

09 (TRIUMPH)
Well spaced Aid Stations
Every two miles, like clockwork. Letâ€™s not take that for granted. Tall, visible mile marker flags made it easy to estimate pace from afar. Bonus: This year the markers appeared to be correct (unlike the 2007 race).

08 (TRIUMPH)
Senior Citizen Volunteers
There was something quaint and admirable about the legions of senior volunteers. I felt as if my grandparents were covering all the details. I half expected milk and cookies at the finish.

07 (TRIUMPH)
Long Massages
Some marathons skimp on the massage. But for the second year in a row, the Myrtle masseuses worked me over without punching a time clock.

06 (TRIUMPH)
The Relay
The marathon Relay added a touch of spice to the race. In addition to the lively interchanges, one experienced a surprise every time a runner was passed. Was it a marathoner or half marathoner. Was it a member of relay team â€œSqueezes, Wheezes, and Siezes?â€ Yes, it felt stupendous to pass relay runners at mile 23. Too bad the relay is going the way of the dodo.

05 (TRIUMPH)
Cheap Accommodations
Myrtle is saturated with hotels, and theyâ€™re all empty in February. I opted for a primo, ocean-view, two-room suite at a high-rise resort complex for a mere 73 bucks a night. Thatâ€™s essentially unbeatable. Of course, Iâ€™m not sure what youâ€™d do at Myrtle in February apart from the race.

02 (TRIUMPH)
The Ocean
Ocean view marathoning, particularly on the strip (miles 5-9) and on residential Ocean Boulevard (miles 14-17), brings out the best in Myrtle. If only the entire course were like this.

01 (TRIUMPH)
Flatness
The course is pretty darn flat. As far as I know, the only flatter regional marathon is Kiawah Island. Get your PR here.

11 (OFFENSE)
Rest Room Gauntlet
For some odd reason, starting line port-a-johns were arranged facing each other in a long, narrow row in the middle of a large field. This made for the quirkiest logjam of humanity Iâ€™ve seen in some time.

10 (OFFENSE)
Limited Pace Groups
The only pace groups available at Myrtle were 3:10 (by my pal Miles) and 3:30. For a likely Boston Qualifying run, thatâ€™s pretty lean. USA Today recently hailed Myrtle as one of the â€œ10 great Winter Marathons.â€ As evidence, they cited Bart Yassoâ€™s comment: â€œThe pride of this race are the pace teams.â€ Perhaps Bart referred to an earlier year.

09 (OFFENSE)
Dearth of Spectators
Youâ€™ll go long stretches at Myrtle without seeing spectators. Knowing this, I imported them for the occasion. Yet, isnâ€™t it customary to truck out local high school bands en masse or release ruffians from Saturday morning detention to inspire runners?

Crowd support was particularly lacking on the highly important stretch between miles 20 and 26. This horrid section of the course (see below) might have been made slightly tolerable with a hint of fan support. But then again, who in their right mind would willingly stand on the side of Kingâ€™s Highway?

08 (OFFENSE)
Simultaneous Starts
The marathon, half marathon, and marathon relay all started at the same time. This made for a chaotic first mile. A half marathon finisher completed the course at a 14:56/mile pace and had identical chip and clock times. If by chance you went faster, you swerved around this person, who probably lined up in front.

Let me know how that works out for you.

06 (OFFENSE)
Chute Harangue
After I crossed the finish line, my kids jumped the fence and hugged me. They got water for me, and generally looked after their old man. All was bliss until a race official demanded they leave. I wanted to invoke the spirit of Andrew Jackson and dare them to enforce their order. Instead, I benignly ignored it.

Rules are created to prevent abuses and chaos. I doubt they were created to separate grateful dads from doting (and I dare say polite and well mannered) children.

05 (OFFENSE)
The Wonka Medal
After Iâ€™m dead, my children will find my dusty box of marathon memorabilia. I donâ€™t expect much arguing over the Myrtle medals. The 10th anniversary medal was shaped like the number â€œ10â€ and adorned with an indecently huge â€œBI-LOâ€ logo. It looked like an elaborate employee of the month award. This year, the rectangular medal looked amazingly like the golden foil of a chocolate bar. I was reminded of those pirate treasure coins I enjoyed as a child. I wanted to peel it and take a bite. 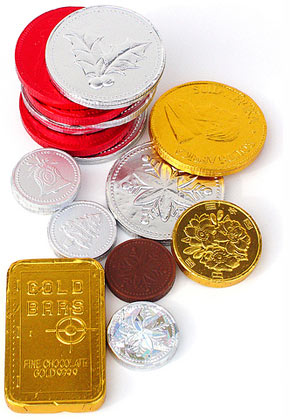 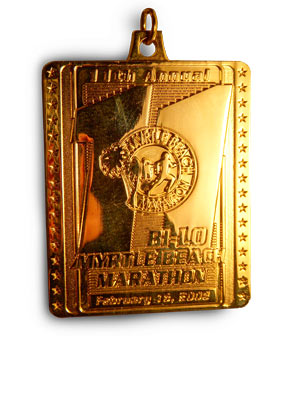 04 (OFFENSE)
Parsimonious Cuisine
Post race food left much to be desired; odd for a race sponsored by a grocery chain. After delightful fare at races like Kiawah, Rocket City, Steamtown, and Mount Mitchell, the standard 5K stock of bananas, cookies, oranges, and water really didnâ€™t cut it. Only New York was worse, and thatâ€™s saying something.

03 (OFFENSE)
The Shirt
My Myrtle Beach Marathon shirts are easily the most hideous Iâ€™ve earned. In 2007, the garish blue short-sleeve featured exceedingly prominent BI-LO and Wendyâ€™s logos. During one run, someone asked me, â€œWhatâ€™s with the Wendyâ€™s shirt?â€ I guess I deserved it for wearing the thing. But in my defense, it was laundry day.

Designers tried to make amends this year. But the midnight blue short-sleeve half-zip looked like an inappropriately loose fitting triathlon shirt. I probably could have accepted this, but the over-designed white emblem on the front was festooned with a piercingly visible, red BI-LO logo. My kingdom for restrained design.

How shall I be revenged for such unseemly advertising? Perhaps Iâ€™ll wear it to a BI-LO grocery store, and loiter in the produce section. When someone inevitably asks me if â€œweâ€ carry cantaloupe, I will instantly say no, especially if cantaloupe are readily available. 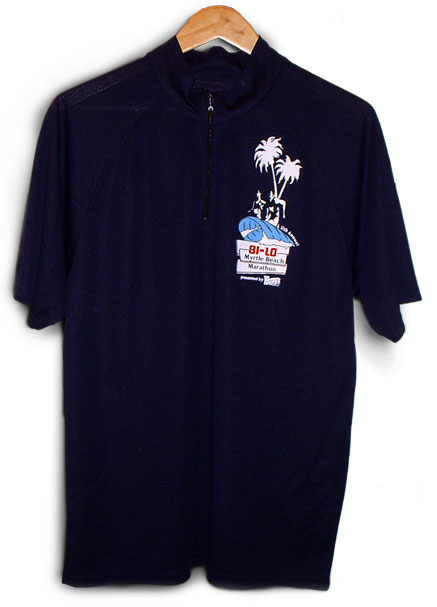 Cold? Just zip it up… or wear a long sleeve shirt in the first place. Only on very close inspection would people see that you’ve run a marathon.

02 (OFFENSE)
The Course
Myrtleâ€™s pancake-flat course begins in a multi-lane intersection, winds around a retail center and an upscale tourist trap, and then heads to the strip. It turns right before the mini amusement park and right again at the McDonalds. Runners then find themselves on Kings Highway, a place theyâ€™d otherwise avoid like the plague. This multi-lane thoroughfare is dotted by a dizzying array of gauche beachwear outlets, fast food joints, convenience stores, and pancake houses. And thatâ€™s the cool stuff.

The second loop offers a few pleasant ocean view miles, and then abandons runners to confront Kings Highway 2: Desolation. Participants endure this baleful straightaway utterly devoid of crowd support. Sequestered in the far right lane, bombarded by the excesses of beach capitalism and car exhaust, they yearn for the sweet, sublime release of the final right turn near the nondescript pharmacy chain.

01 (OFFENSE)
Taste
Letâ€™s face it. Myrtle Beach doesnâ€™t exude sophistication. The course, medal, shirt, and atmosphere combine to make the marathon, well, cheesy. I could handle the tackiness if it came with high school bands, better post-race food, a shirt I could stomach, and radical avoidance of Kings Highway. But it doesnâ€™t.

The blaring presence of corporate logos didnâ€™t help. If you wear the marathon shirt and are mistaken for a member of the BI-LO bowling team, things have gone a bit overboard. When Iâ€™m ninety years old, I may not remember this race, or possibly that I was ever a runner. But I will recall that, back in the day, I did a BI-LO something or other. No doubt.

I suppose this validates the blaring corporate strategy. But the strategy works only in the sense that a gargantuan inflated gorilla on top of the used car dealership works: Not in a way that makes us proud.

Conclusion
So many races vie for the marathoning dollar. The best races (large or small) attract runners through their setting, by offering lively experiences, or by doing the little things well. That is, theyâ€™re organized from the runnerâ€™s perspective. I didnâ€™t feel this at Myrtle. Instead, I participated in a generic event, just another thing to do at Myrtle Beach.

But hereâ€™s the thing: Lotâ€™s of folks enjoyed the race, recommend it highly, and even loved the shirt. And the race has become quite popular. USA Today considers it a Top Ten Winter Marathon for crying out loud. But the paper offers flimsy evidence, noting only Myrtleâ€™s golf vacation reputation, and Yassoâ€™s comment on pace groups (inadequate this year). It says absolutely nothing about the race itself.

Anyway, youâ€™re entitled to love Myrtle if you wish. As long as youâ€™re running, Iâ€™m happy. Just lie to me if you loved the shirt.