Welcome to the club

The marathon does not just demand your respect. It takes it. Consider the comments of a recent marathon finisher:

“For the level of condition that I have now, that was without a doubt the hardest physical thing I have ever done. I never felt a point where I hit the wall, it was really a gradual progression of fatigue and soreness.”

â€œI think I bit off more than I could chew, I thought the marathon would be easier.” 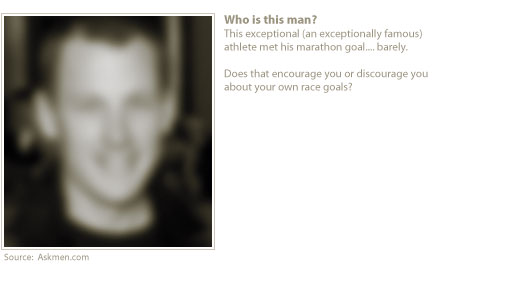 Who said these things? …Lance Armstrong.

He spoke these words after finishing his first marathon. At New York, he met his goal of a sub-three hour race. Yeah, this is the Lance. Lance the winner of 7 consecutive Tour de France bicycle races. Lance the superbly conditioned athlete.

Lance the humbled. …Lance the marathoner.