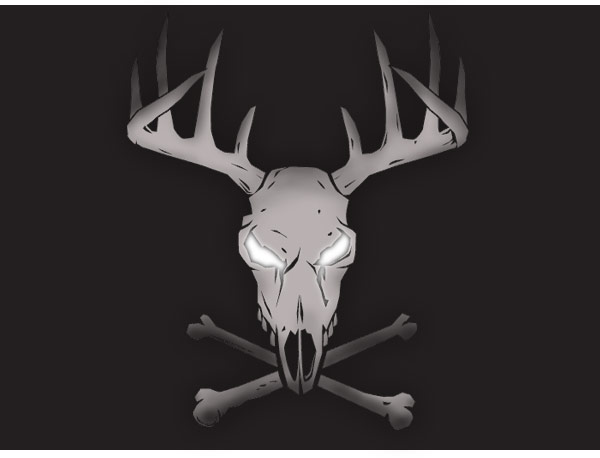 As a trail runner, I’m not bored by long stretches of featureless road, my feet never ache, and I avoid recklessly inattentive teenagers who drive white pick-up trucks.

You should join me on the trails. Off road, you’ll experience varied terrain, often gorgeous scenery, and meet amazing runners who consider scaling wooded mountains an ideal way to spend the day. Ever freak out on the road when you can’t find a convenient restroom? Don’t give it a second though on the trails.

Train running offers a much needed respite from the techno-urban tornado. It’s like immersing yourself in those zen-like Alpine Lake or Bavarian Meadow ambient background CDs; just without the CD player, your bathrobe, or your living room. Admittedly, some people aren’t interested in relaxation. They’ve read Lord of the Flies once too often, and prefer to unleash the tribal primitivism of their inner Jack. We all run for different reasons.

Unsurprisingly, I also enjoy the wildlife. I’ve seen wild turkeys, squabbling raccoons, snakes, quail, foxes, coyotes, skunks, bunnies by the score, more squirrels than I can count, and of course spiders and their ubiquitous webs. I’ve also seen loads of deer. If I had a dollar for every doe, buck, or fawn I’ve seen on the trails, my servants would have written this post for me.

It all stands to reason. After all, I regularly cavort through their home. And deer are quite a jumpy lot. When runners come barreling through the trails, the herd scatters haphazardly like teenagers caught at an illicit bottle-spinning party. Deer literally hightail it away from humans. It’s quite a sight – in daylight.

But I also run the trails in the dark. Slapping a battery-powered light on your forehead for nighttime trail running is probably as foolish as it sounds. You can’t see anything more than a few feet ahead of your headlamp beam; except the sinister, reflected eyes of wild deer. Yeah, it’s creepy.

And I sometimes run alone in the dark. This can be somewhat unnerving, especially if you pause to consider its rank stupidity. But let’s not dwell on that. Recently, on a solo, pre-dawn trail run, I rounded a hairpin turn and was startled by the sudden appearance of two piercing, glowing eyes right in front of me. As I stood frozen in sheer terror, an enormous deer pounced straight up, bayed, and I can’t put this any other way, hissed at me.

The only thing that could have made this scarier would have been if the deer had burst into flames and announced in the deep distorted voice of the Dread Pirate Roberts, “I am the white-tailed viceroy of Mephistopeles, come to claim your soul!”

I swear it was pretty close to that. I was shaking for several minutes. Fortunately, I think the deer was more scared than me, and that’s saying something.

This might not be a rugged bear or cougar story, but encounters with large herbivores are quite enough for me, thanks. But consider the big picture. Regardless of the psychological trauma, I’ll take startled venison over close calls with speeding, two-ton vehicles any day of the week.