Maddening Tale of the Adductor Longus 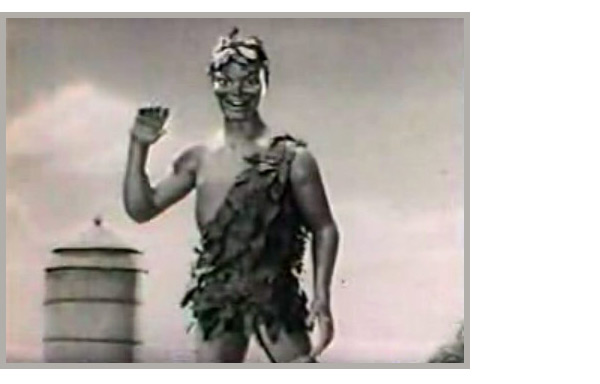 In effort to keep physicians, physical therapists and makers of anti-inflamatory medication in the black, I proudly announce my latest running injury: the dreaded groin pull. Itâ€™s as uncomfortable as it sounds.

Worse, itâ€™s completely disrupting my marathon schedule. I should be in the visceral, red meat section of my training regimen; the part where Burgess Meredith proclaims through grimy, clenched teeth that I eat lightning and crap thunder. Instead, Iâ€™ve been laid low by a deceptively nasty injury not easily described in mixed company.

A groin pull is very much like a taffy pull, except youâ€™re the taffy. Or, if you prefer vegetables; Imagine the Jolly Green Giant holds you aloft by your feet intent on slowly making a wishbone out of you. Distracted by his diminutive sidekick Sprout, he fails to finish the job. Sure, you may be alive but running is now out of the question.

One typically does not hear the word â€œgroinâ€ in polite conversation, unless of course you happen to know a runner. Then itâ€™s mentioned frequently, without a hint of embarrassment.

Consider:
“Hey runner friend, what do you think of the new Asics Gel Nimbus 10?â€

â€œThe heel support is excellent fellow running aficionado, but thereâ€™s not enough cushioning to help with my groin.â€

Things are different for non-runners, where references to the â€œgroinâ€ are uncommon. Itâ€™s a lonely word; too vulgar for high speech, and not offensive enough for low speech. The higher classes simply employ euphemisms like â€œnether regionsâ€ or â€œdown there.â€ Lower classes proceed directly to the sterner, more colorful expletives. Neither are helpful.

Unless youâ€™ve signed up for an Ancient Roman architecture class, you probably wonâ€™t read much about the groin, either. Even romance novelists avoid it. Why write wildly of burning groins, when burning loins will do nicely?

So we must turn to proper terminology. Medically speaking, I appear to have a strained, pulled or otherwise damaged adductor longus; one of the important muscles attaching the leg to the abdomen. Science then, has given us the ideal expression. A pulled adductor longus sounds vaguely alluring. Nobody wants a groin pull.

But if for some reason youâ€™d like one, I suggest running incessant, high-mileage weeks with little or no breaks. When you feel the first twinge in your lower abdomen, by all means continue running, competitively if possible. In no time, youâ€™ll be on the sidelines as your companions train in the gloriously autumnal weather.

For serious entertainment, return from the injury quickly, ignoring the sage advice of physicians, spouses, or runners with similar experience. Schedule a marathon immediately.

On that note, I hope to see you at the Lewis & Clark Siouxland Marathon on October 18th. Assuming Iâ€™m still in one piece, do flag me down at the Des Moines Marathon the next day.

« Ramsey’s Cacophonous Serenade
Ms. KÃ¼bler-Ross and the Inevitable Stages of Your Running Injury »

11 Comments on “Maddening Tale of the Adductor Longus”