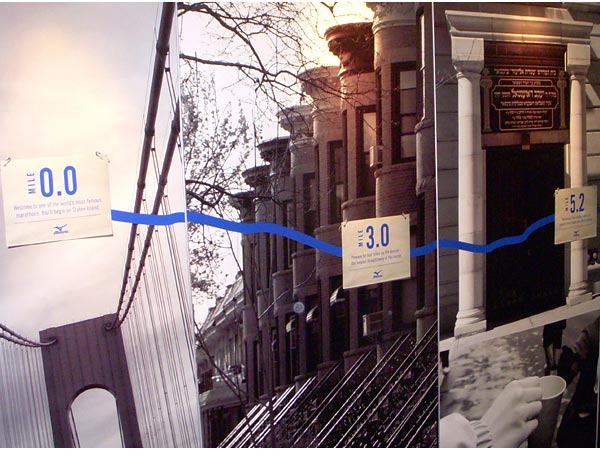 Running is an excellent way to experience a city. At street level, you get a bona-fide dose of local color and a sense of what makes a place unique and interesting. You interact with real people (at least in the symbiotic and mutually satisfying participant/spectator sense).

And there’s just something about New York. Quintessentially American yet boldly international, itâ€™s a mythical place of history and lore. Itâ€™s our Ur; the American Mecca. It’s larger than life, and so is its signature road race.

Nearly forty thousand people ran New York this year, representing over one hundred countries. The colossal field included elites, the famous, not so famous, serious runners, casual runners, stunt runners and everyone in between. About the only person not running was Bono. And heâ€™s probably thinking about it.

Something like ninety-eight thousand people applied for entry via a lottery. That’s roughly seven times the population of Hopkinton, MA and very nearly the population of my hometown: Waterbury, CT. Since some runners always get in apart from the lottery (elites, sponsored runners, Katie Holmes) it can be tough to make the field. I hear the race directors request SAT scores. Beta Club membership doesnâ€™t hurt.

I jumped at the chance to run the New York City Marathon. It proved to be everything I hoped, most of what I feared, and every bit the signature event I expected.

What could be better than that?

« Pocket Rocket
So anyway, I had this dream… »

15 Comments on “These Vagabond Shoes”